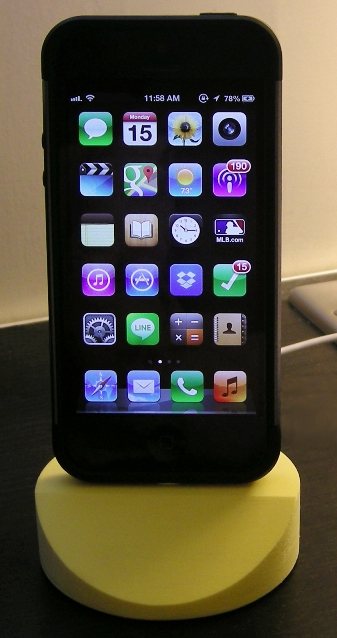 One of the few docks available for the iPhone 5 is the Lightning Dock. Apple did not release an official dock for any lightning-capable devices, leaving it for third-party manufacturers to make them. The one I came up with is visually similar to the Lightning Dock, but modified to work with the limitations of the 3D printer. 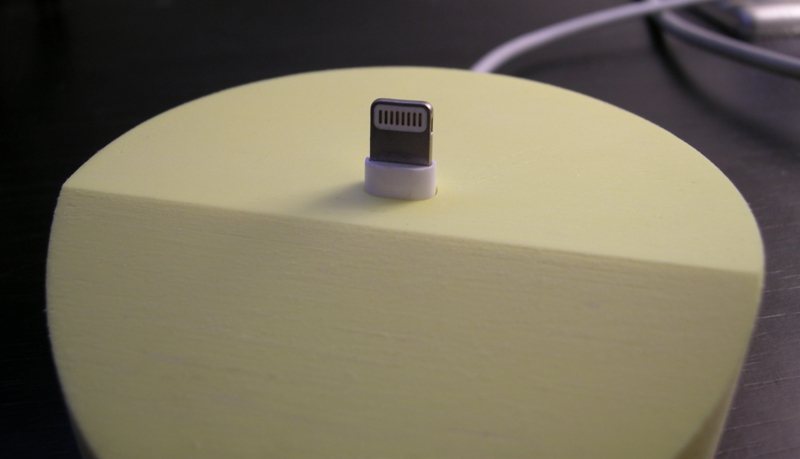 The connector can be extended higher to accomodate thicker cases. The connector itself is strong enough to hold the phone, so I didn’t bother adding back support. 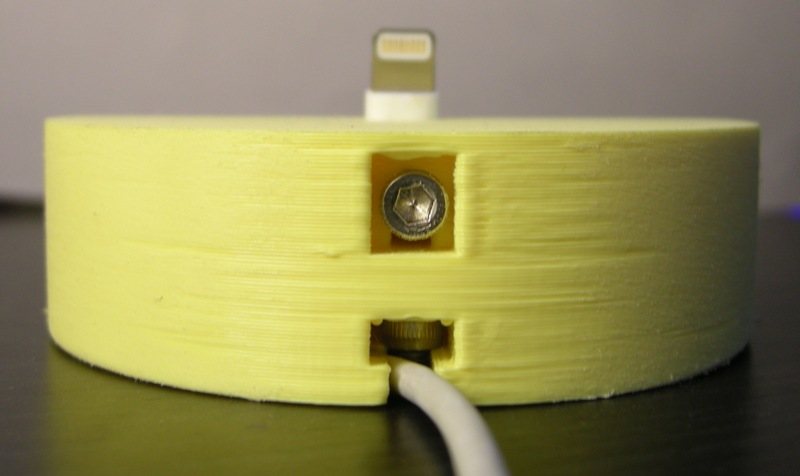 A long M3 bolt holds the connector in place. The slot at the bottom is for holding the dock down to the table. 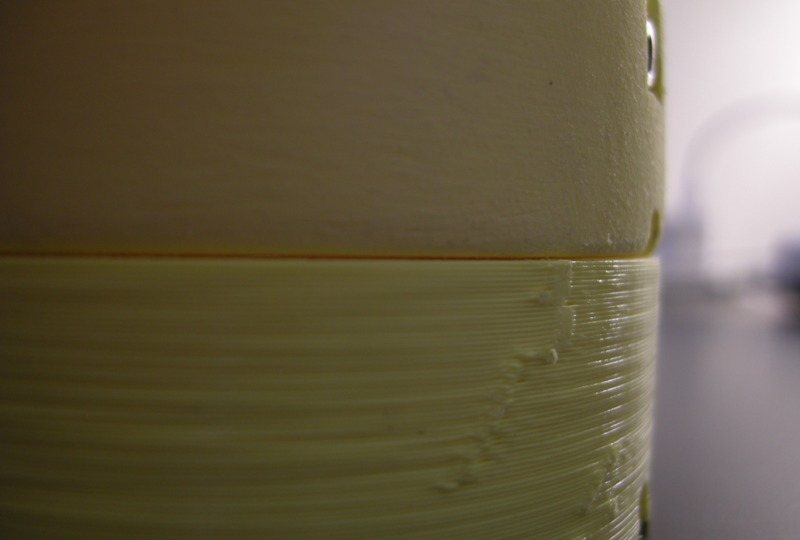 The way 3D printers work means that all models have ridges between layers. Some people like the look of it, but I don’t so I sanded it down with some 120-grit paper. 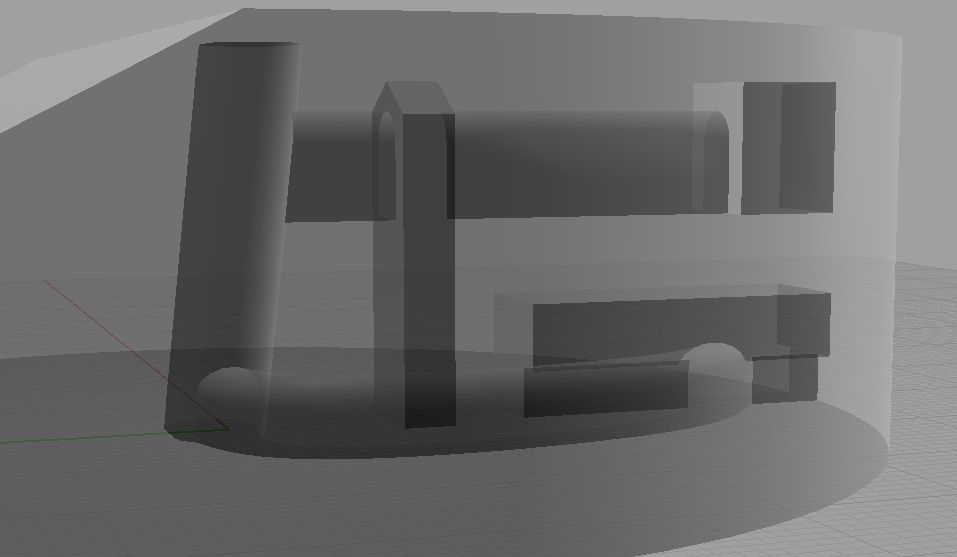