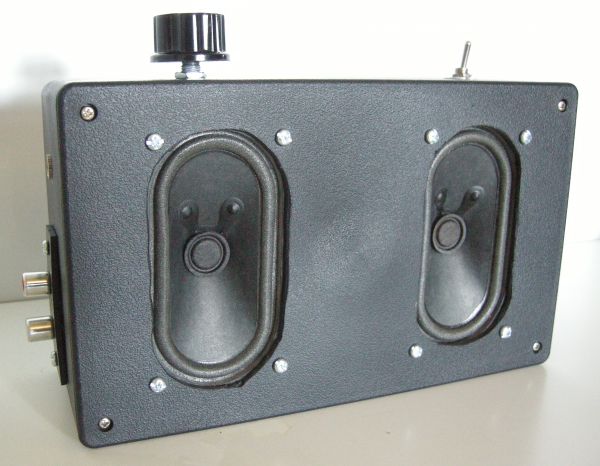 I wanted something louder than a mini-external speaker, so I disassembled my old speakers and put it into a project box with a battery power supply. In addition to the portable battery mod, I added RCA jacks that could be used as inputs or pass-through connectors. 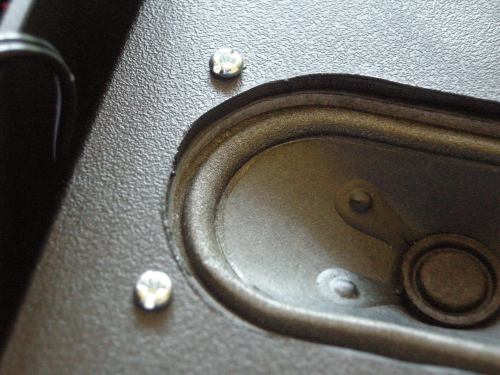 The hardest part was cutting the holes for the speakers. This project box is a lot thicker than the Radioshack one I used in the turing alarm, so my nibbling tool didnt work. A tip for cutting project boxes with a dremel: cut a few millimeters from the actual line with a cutoff wheel, then sand it and heat treat it. 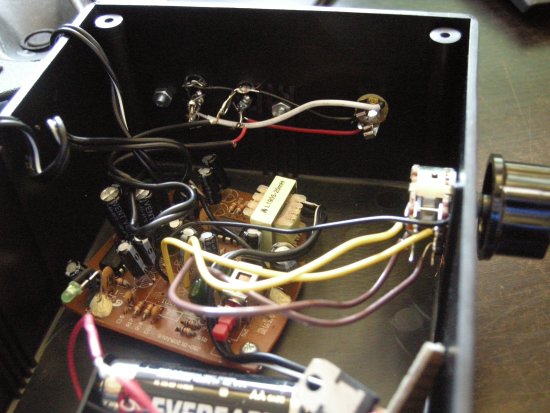 The original volume adjustment pot was desoldered then mounted on the box. The original audio cable was split between a 3.5mm jack and a RCA jack, which is useful because one of them can be used as a pass-through connector. 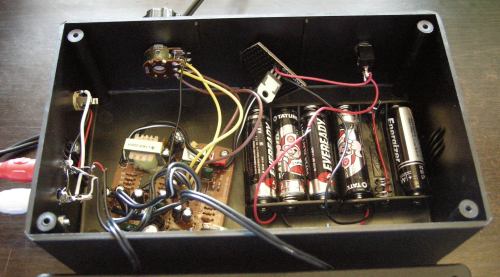 The original speaker was powered from 5V USB, so I used a 7805 to regulate power from five AA batteries.